Photoshop then and now: what would Rip Van Winkle think?

20 years ago, when Apple's Macintosh and the Windows OS were just gaining prevalence in the workplace, when the internet was still in diapers, when retouchers wielded real airbrushes and cell phones were as big as bricks, a shiny new program called Photoshop hit the market. Let’s also say that Rip Van Winkle dozed off in 1990. 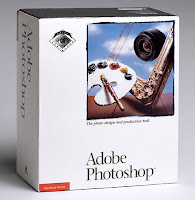 A year later, I enrolled at the Art Institute of Fort Lauderdale to get my degree in Advertising Design. There were a couple of computer courses which might have included a little Photoshop, but I only remember learning Corel Draw and Aldus Pagemaker. My studies were comprised of topics like "mechanicals" (I'm not even going to explain what a mechanical is, you either already know or it will never matter to you), life drawing, anatomy, typesetting formulas, psychology, perspective, art history, advertising theory, color theory, photography, marker comps, and so on, giving us the skills necessary to go out into the 1990's world and earn a living in the field of advertising. At that time, an Associates Degree was worth much more than the paper it was printed on. 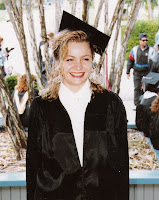 I set off with a portfolio, a serving of talent, a degree and some advice. “Don’t set your type on a computer, the kerning is never right,” one of my instructors had told me. He was already behind the times. “Press type” (rub-off letters) and hand-lettering were fine for school pieces, but the digital revolution had begun. 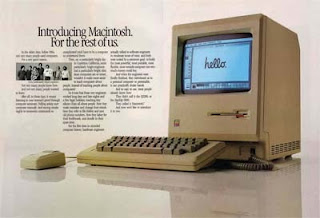 I started my career in the days of film, color keys and match prints. Very expensive to fix mistakes. Photography was still shot with film and transparencies, imaging was done by pricey drum scans and “sytech machines.” Even though the “computer workstation” had become the official seat for a designer, it would be years before everything we output was digital.

Photoshop quickly infiltrated the creative workplace, I can’t remember working a day without it. It was super cool but you only had ONE undo and no layers, so you had to work very carefully and save lots of versions. Oh, and was it ever a memory hog! It used up all of your available RAM (as much as 4 megabytes!) and would crash your Mac (as indicated by a bomb on your screen) unless you had allocated the right amount of memory each program could use. Sound complicated? It was. It wasn’t enough to have talent, a good designer needed to be a little bit techie, too.

The details are fun to hash over, like an old man who had to walk up-hill both ways in the snow to get to the electronics shop to buy a pack of syquest cartridges. Life has changed dramatically since then. If Rip Van Winkle woke up today, he might be surprised that he wouldn’t have to explain to anyone what a “graphic designer” does and he might marvel at the number of designers out there who have an education centered purely around the software on a computer. I think old Rip would feel like a magician at the least, maybe even Godlike, if he sat down at the computer and fired up Photoshop today.

Thank you, Photoshop, for being an indispensable assistant during the past 20 years. I can only imagine what’s in store for the next 20.